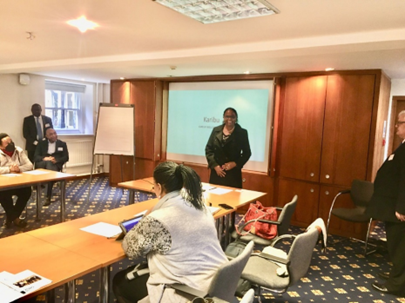 Opening address by Hon. Lady Justice Martha Koome Chief Justice and President of the Supreme Court of Kenya at the Institute of Directors, Pall Mall, London on Monday 21 March 2022 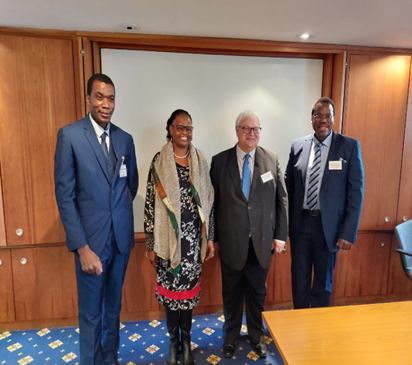 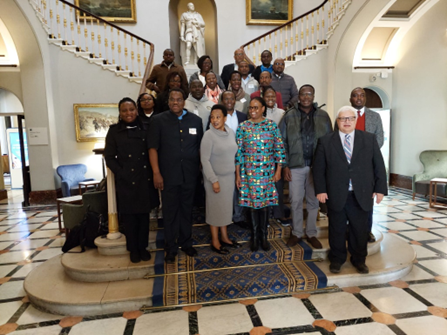 History of the place where photo was taken:
In 1820, the Prince of Wales vacated his London residence at Carlton House to live at 116 Pall Mall, London in preparation for his accession to the throne as George IV.
https://www.116pallmall.com/news/9-things-you-wont-believe-about-116-pall-mall 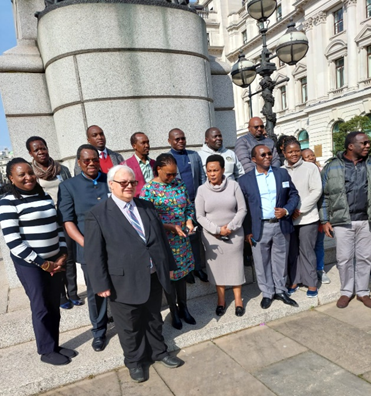 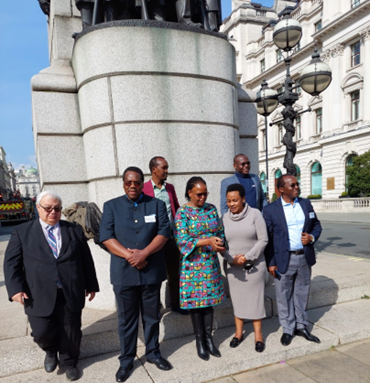 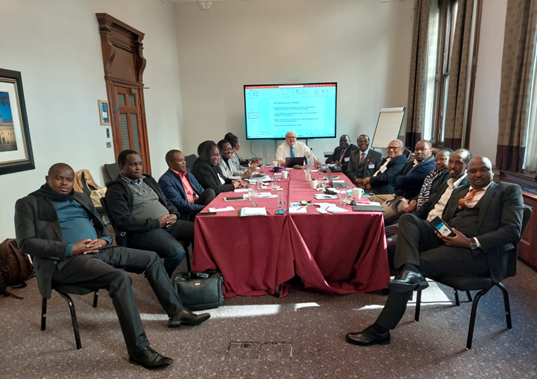 The course which had been rescheduled from 2020 due to Covid lockdown was held as soon as the Southern African Countries were removed from the UK’s Covid red list, in attendance were officials from the Government of Botswana. It was wonderful to get back into formal in class training after nearly 2 years of shut down, albeit only for a short period.

On our courses, we ensure our delegates have a most uplifting and memorable time, hence, to crown it all we always include a group tour of interesting places/attractions in London.

Here we are in 2022 and look forward to being of continued service to the public sector in Africa by way of training and provision of management consultancies. 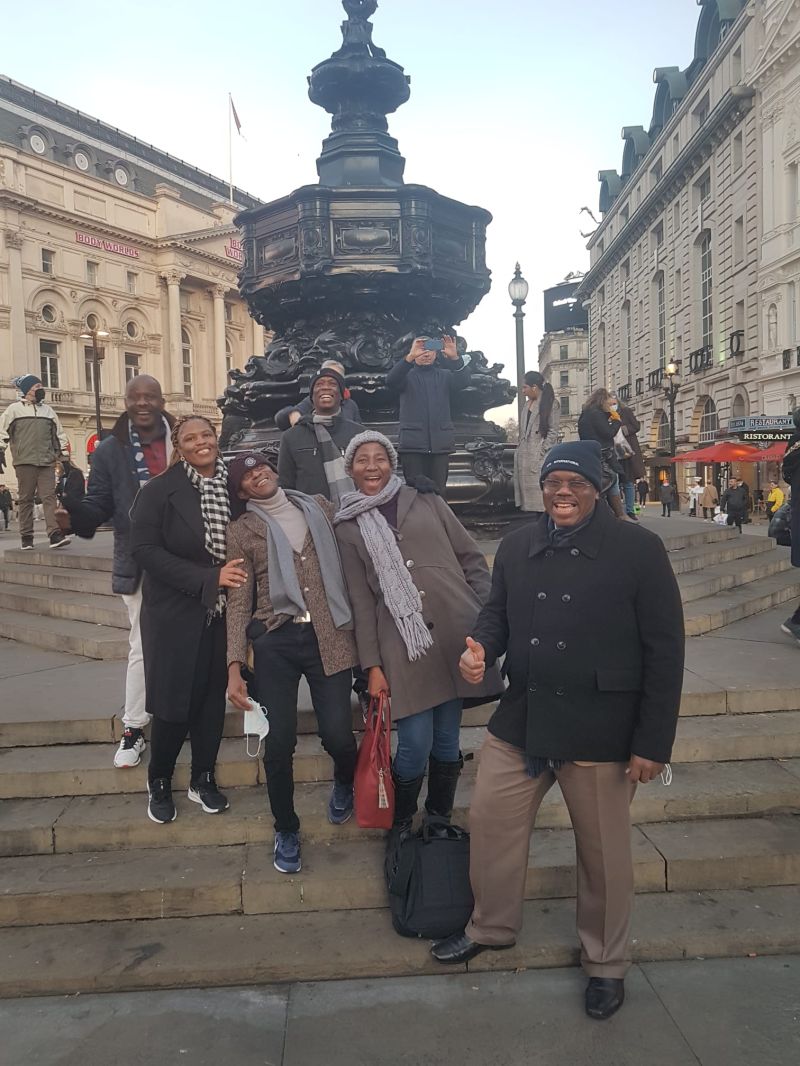 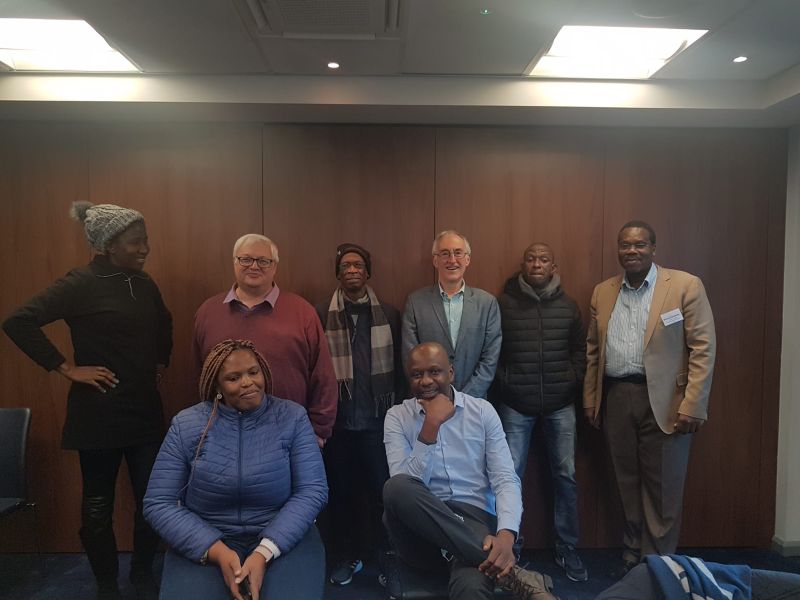 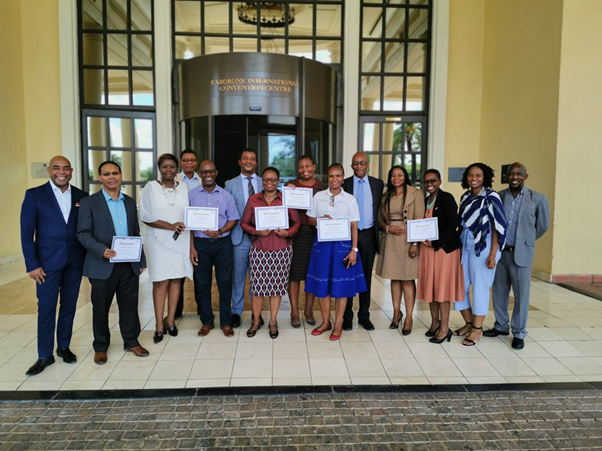 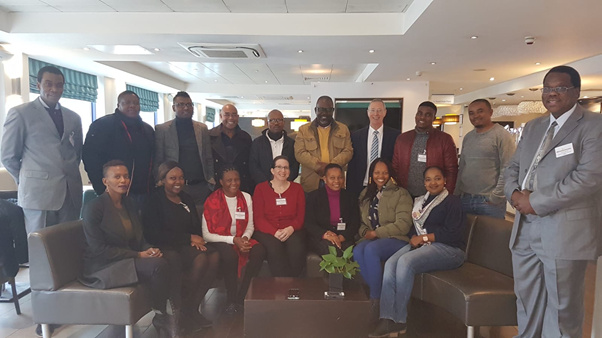 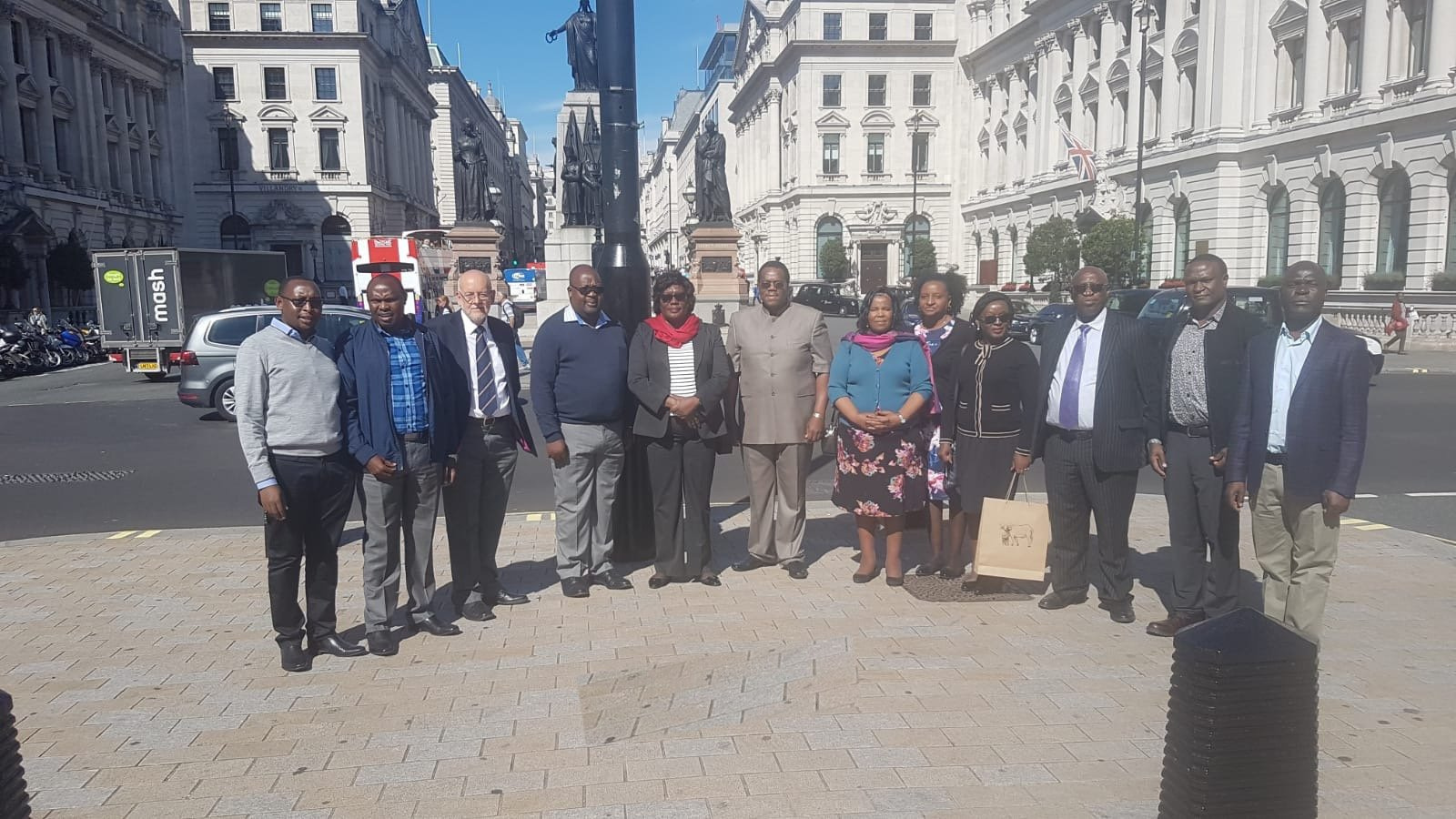 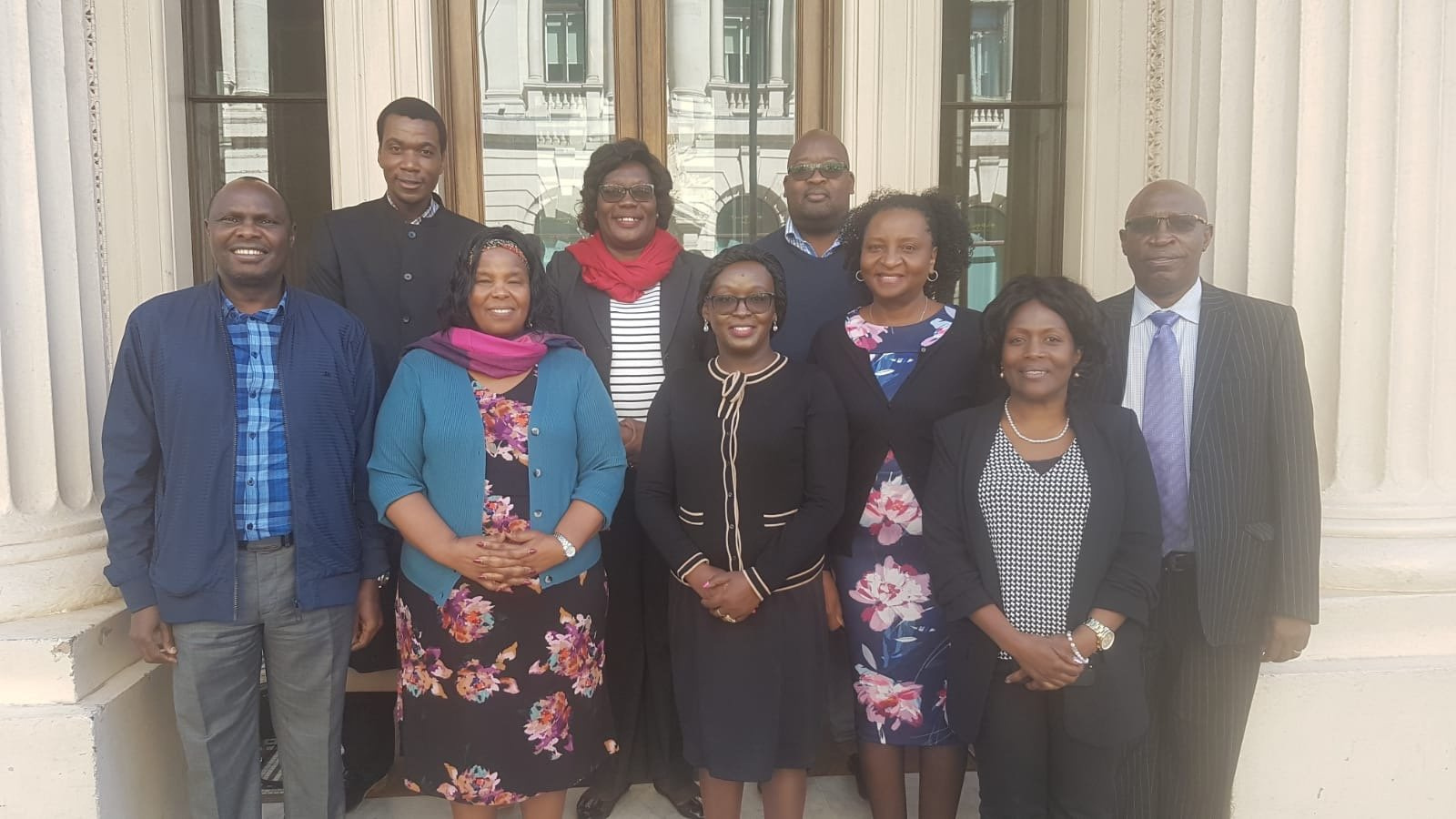 Training at the Institute of Directors (IOD) Pall Mall London on, “Judicial function and Judicial Administration” for Commissioners  and Staff from the Judicial Services Commission of the Republic of Kenya 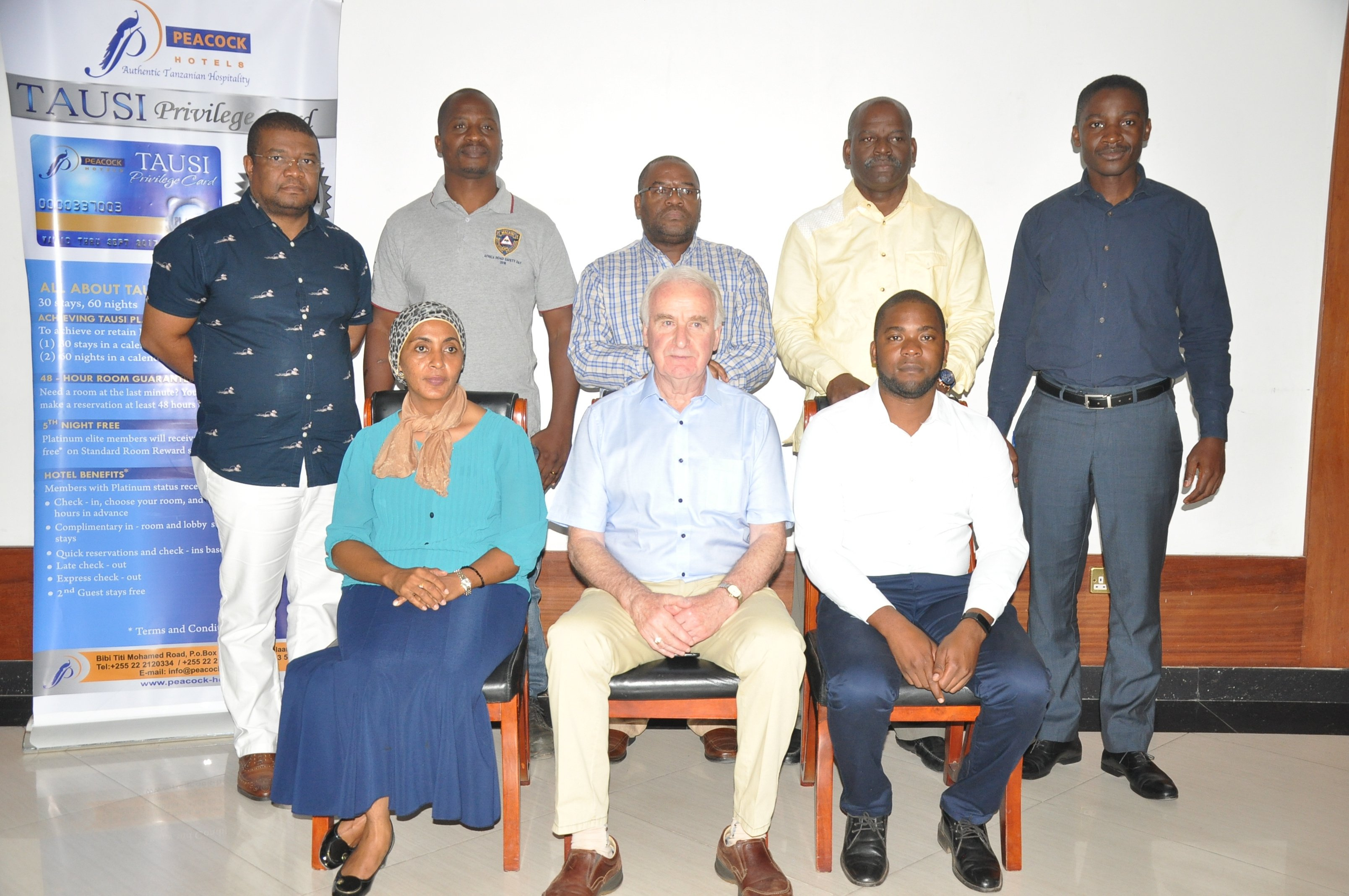 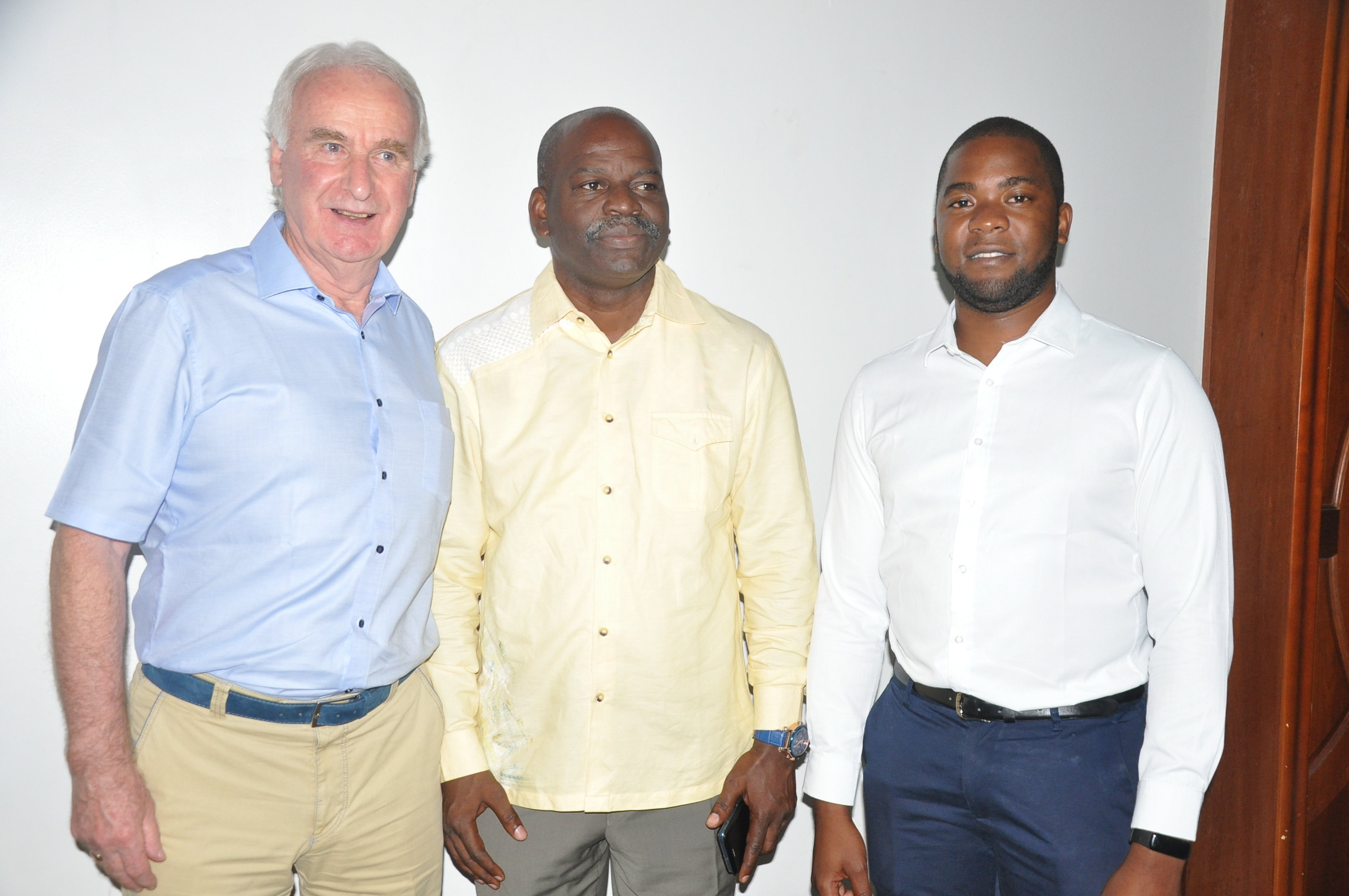 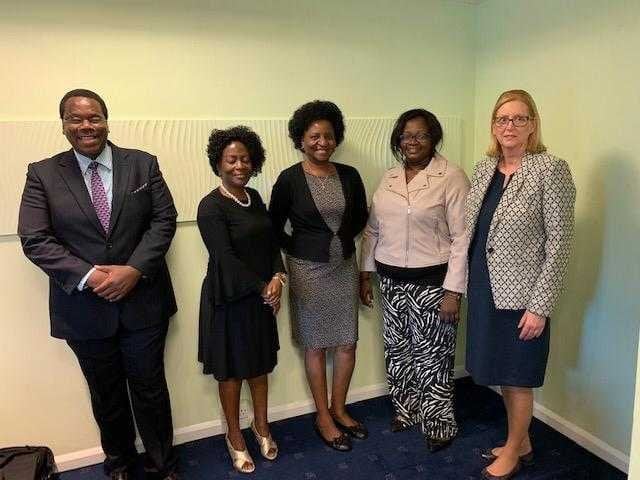 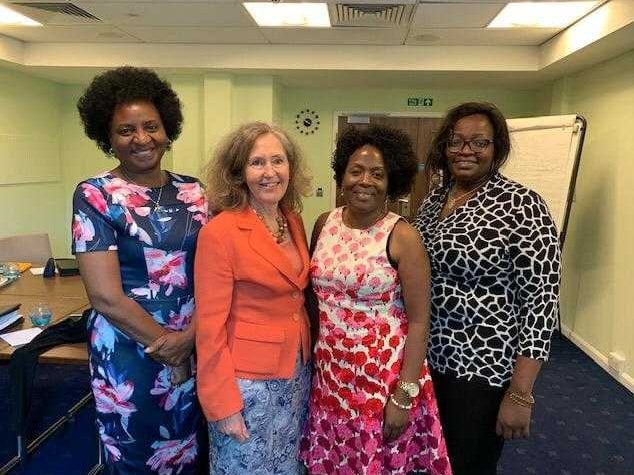 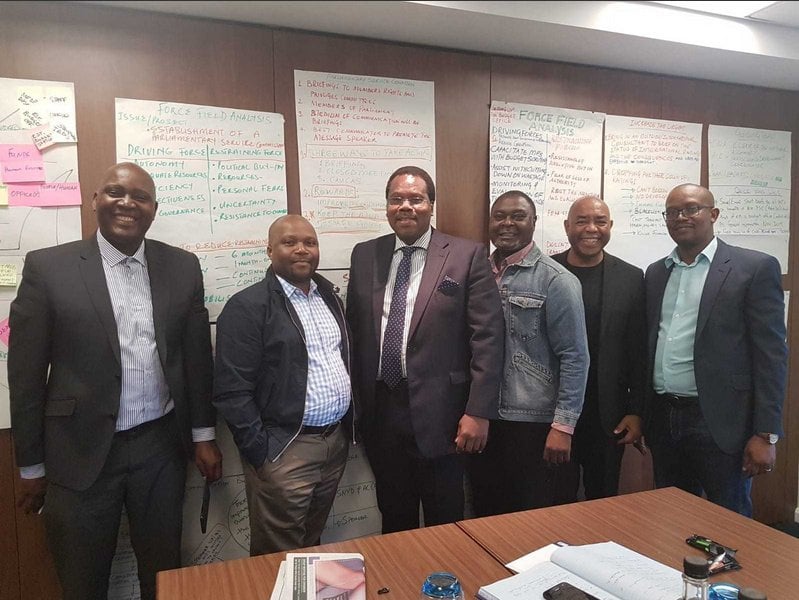 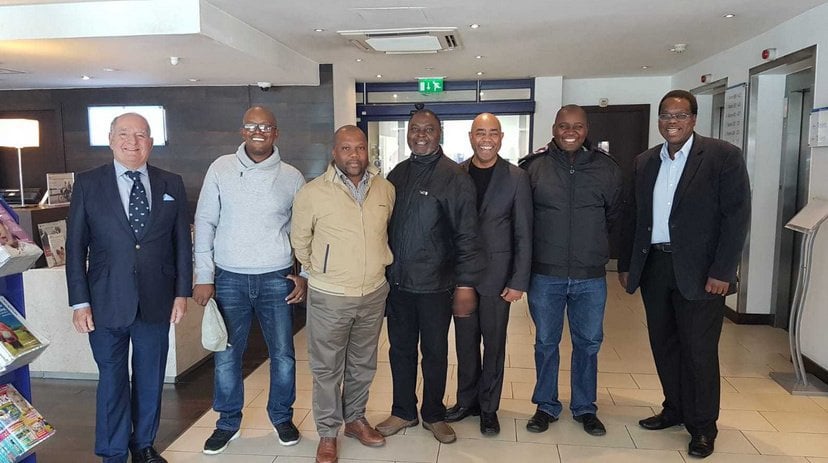 The course was facilitated by Dr. Mushiba Nyamazana of CME UK Ltd and Mr. Ahmed Athumani, the local consultant. 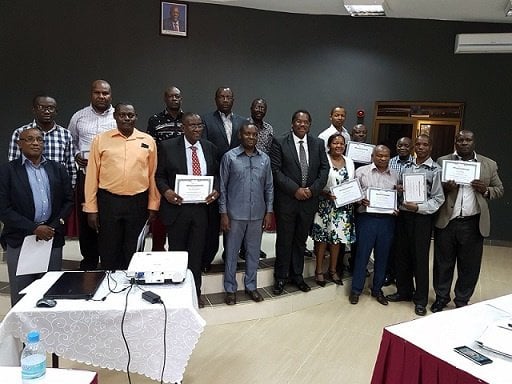 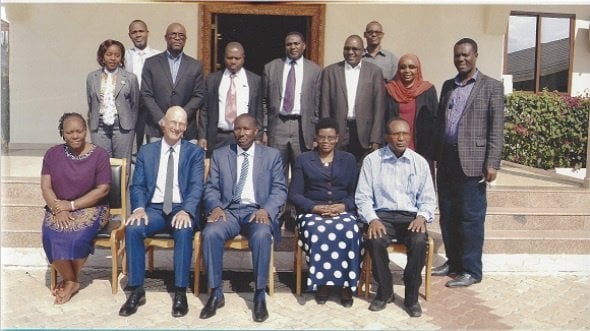 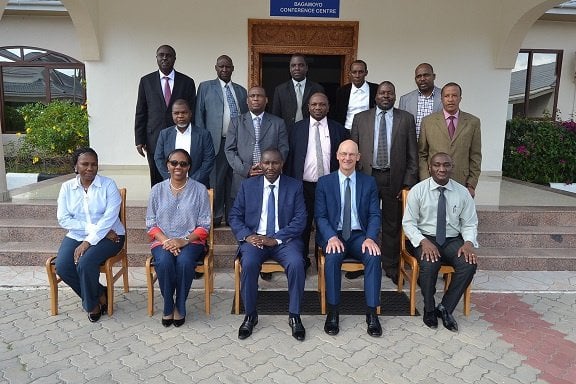 During the last week of June 2016 we delivered a workshop on, “Forensic Auditing and Fraud Management” for 31 board members and policy makers of the Vocational Education and Training Authority (VETA) a parastatal under the Ministry of Education and Vocational Training Tanzania.

The programme was held at VETA Hotel and Tourism Training Institute (VHTTI) in Njiro, Arusha, Tanzania. 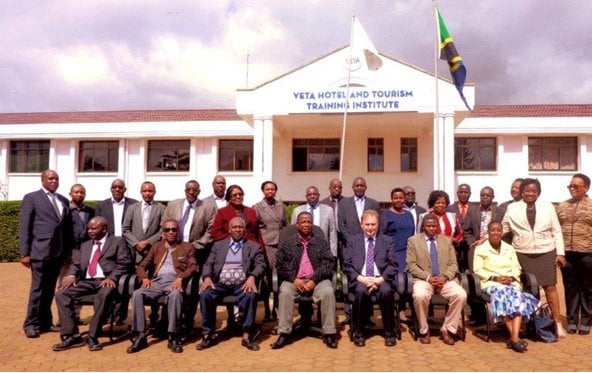 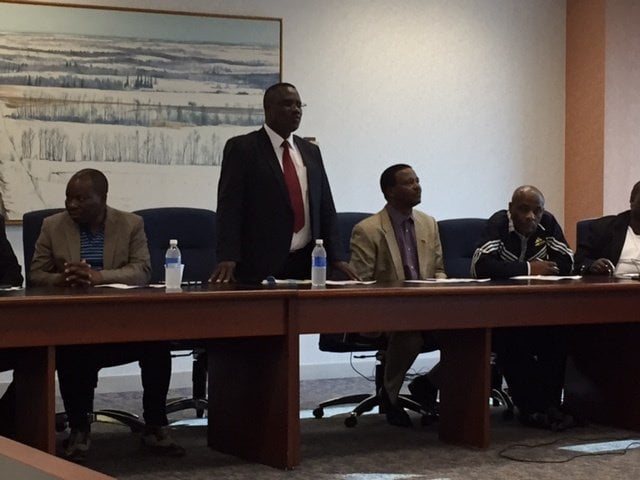 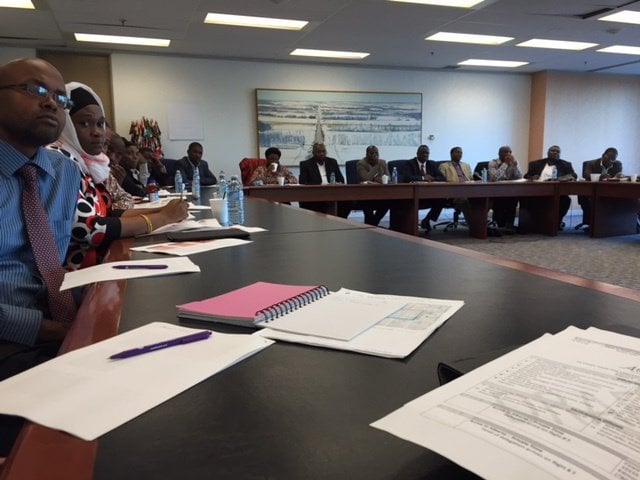 Photos Courtesy of Government of Alberta

As part of team building during the consultancy skills workshop we organised a game viewing tour for our delegates at the famous Mokolodi Nature Reserve near Gaborone. It was a very enjoyable experience which added flavour to the entire programme. 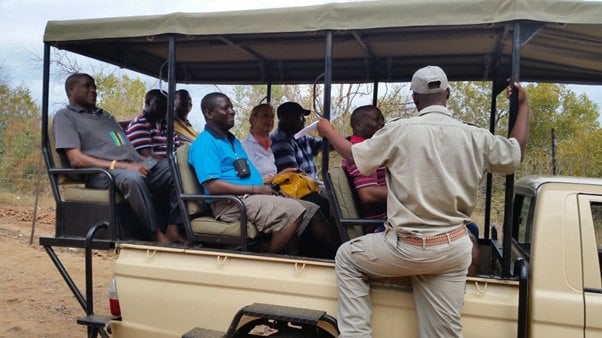 Godwin Lewanika visited Rwanda and Uganda to position CMEUK service offering to the two Countries as a way of consolidating the East Africa market.

Rwanda is a key and emerging market offering a lot of opportunities in field of Learning and Development among other services.

The visits were very fruitful and a significant milestone for CMEUK, resulting in appointment of a Country Manager for Uganda and developing of a liaison office for Rwanda. 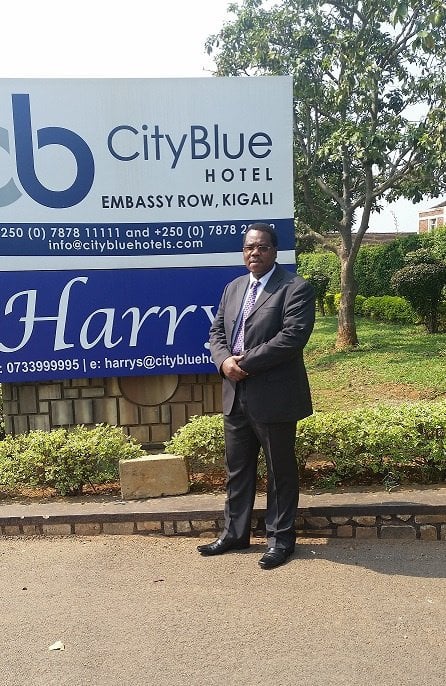 Mr Emmanuel Lubandi is a Fellow of The Association of Chartered Certified Accountants (FCCA). He holds a Masters of Business Administration majoring in Human Resource Management MBA (HRM), a Bachelor of Commerce Degree (Accounting), and a Post Graduate Diploma in Computer Science. Mr Lubandi has attended several short courses, workshops and seminars in various fields.

He served as The Manager Finance and Administration / Company Secretary in Uganda Electricity Generation Company for more than 12 years till this year when he left to be fully engaged in private enterprise, before that he was The Director Finance & Administration / Company Secretary in Uganda Investment Authority. He worked in Uganda Development Bank for 9 years and at the time of his exit he was The Accounts Manager. He briefly served as a Teaching Assistant at Makerere University before taking up a full time job in the Bank.

He has helped to develop several company policies and procedures in HRM, Procurement, Stores Management, Financial Management and Accounting, Auditing, and ICT; he has developed several Executive and Management Information Systems.

We delivered consultancy and a benchmarking study tour on Best Practices in Human Resource Management in London, for Directors from Office of the Prime Minister (PMO) Namibia. Visits were undertaken to Local Government, Department of Works and Pensions (DWP) and South East Employers (SEE) for knowledge sharing as well as practical experience.

In Namibia, we successfully concluded the consultancy on Policy Analysis and Formulation and training for National Planning Commission (NPC), Government of the Republic of Namibia. The training was conducted within the context of the EU’s Capacity Development Programme (CDP). 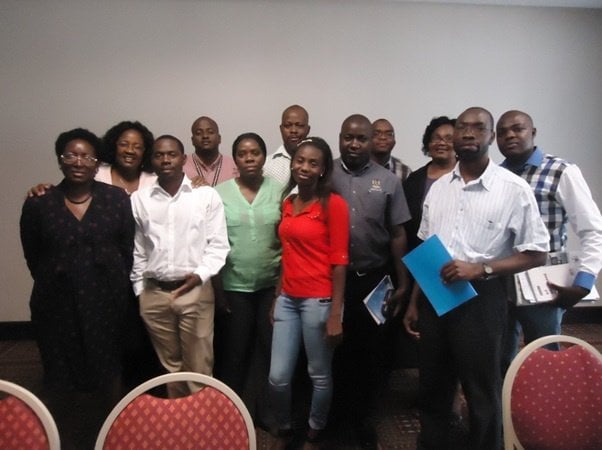 CMEUK featured 6 highly experience UK based consultants/speakers. The chairman and main speaker at the meeting was Mr. Tony Lavender a former senior administrator at Cabinet Office UK who also served as Deputy Director of UK Civil Service College. Tony is an accredited DFID Governance Consultant who has delivered consultancies in over 20 Countries abroad including Tanzania.

The panel of discussants included CMEUK’s senior consultant Dr. Richard Hale a Leadership and Management expert who provided consultancy on Needs Assessment for Tanzania Public Service College (TPSC) in 2011 sponsored by the Commonwealth Secretariat. Dr. Richard Hale in 2012 led CMEUK’s consultancy on Public Sector Reform to Cabinet Office, Government of the Republic of Zambia funded by the World Bank.

Between March and April we also organised 3 weeks programme for TAMESI’s project engineers in Kuala Lumpur Malaysia covering; Project and Programme Management, Monitoring and Control as well as Strategic Planning. The Malaysia programme included a Benchmarking/knowledge sharing visit to MMC Corporation the largest Engineering and Construction Company in Malaysia as well as to SMART Tunnel. 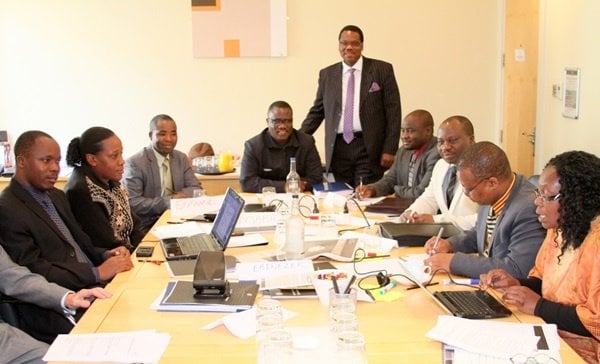 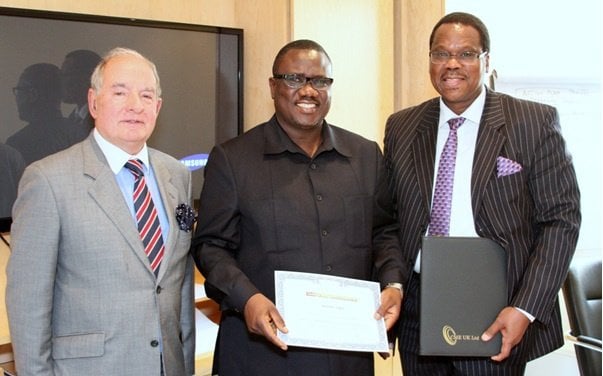 Centre for Management Excellence UK appoints Mr Kwaku D. Amporfu as Country Manager for Ghana.  Kwaku holds a B.A. (Hons) Degree from the University of Ghana and an M.B.A. from the University of Pretoria, Pretoria, and R.S.A. He has over 25 years’ service in the public sectors (public finance & education) of both Ghana and the Republic of South Africa. Kwaku is currently a private management consultant based in Accra-Ghana and his specialities are in the Investment Banking sector, organisational development challenges & public policy issuees.